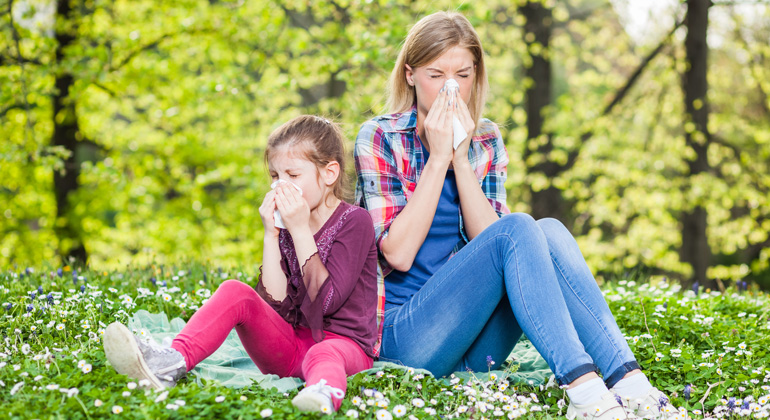 According to the World Allergy Organization, allergic diseases constitute the most common cause of chronic illness in developed countries. Wherever prevalence studies have been conducted there is evidence of a steady increase in populations suffering from allergies. In fact, it has now been proposed that there is a worldwide epidemic of allergic diseases.

Epidemiological studies carried out in various countries around the world indicate the prevalence of respiratory allergy as 15-30%. According to the World Health Organization, asthma is now a serious public health problem with over 100 million sufferers worldwide.

The World Allergy Organization has also estimated that allergies are affecting an estimated 22% of the world population and could be as high as 45% in some regions. All around the world, allergies are on the increase and even doubling by some statistics, in the last 25 years. In countries like New Zealand, estimates are showing an increase of 50% just in the last ten years.

The costs of allergic conditions are high. Approximately $20 billion is spent globally each year just on allergic rhinitis, which includes medications, time off from work and physician consultations. The cost of allergy drugs alone is estimated to be $8 billion per annum.

Allergy by the numbers

Approximately one in five or more than 50 million (53,980,772) Americans suffer from allergic diseases. An estimated 37,786,541 Americans have a pollen allergy. Between six and seven million adults in the US have a food allergy. Roughly 20 million Americans have asthma -- three times as many as 25 years ago. One in eight children suffer from the disease. It is estimated that 12,000,000 American have food allergies. In 2002, approximately 14 million office visits to health care providers were attributed to allergic rhinitis. Allergies are the 6th leading cause of chronic disease in the United States, costing the health care system $18 billion annually. Chronic sinusitis is the most commonly reported chronic disease, affecting 16.3% of people (nearly 32 million) in the United States in 1997. It was estimated in 1998 that increased absenteeism and reduced productivity due to allergies cost U.S. companies more than $250 million. The estimated overall costs of allergic rhinitis in the United States in 1996 totaled $6 billion. The Cincinnati Children's Hospital states that not only has the number of children suffering from allergies increased, so has the severity of the allergic reactions. Over 6 million people in Canada have allergies. An estimated 4,182,998 Canadians suffer from pollen allergies. 12% of Canadian children are affected by asthma and it continues to be a major cause of hospitalization in Canada. In 1993, over $12 billion was spent on asthma.